A community project to install a defibrillator on the outside of the RNLI’s boathouse at Craig y Don, Llandudno, has come to fruition after many months of planning and fundraising. 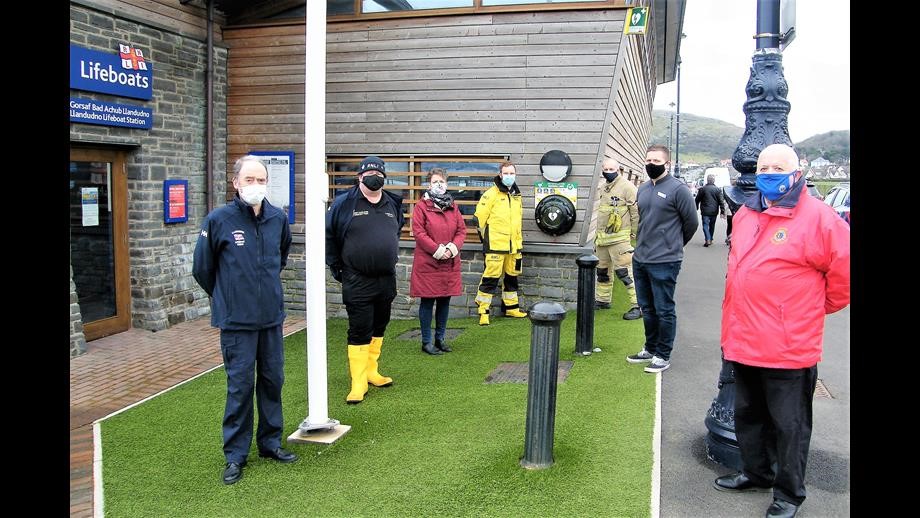 The RNLI were approached to support the community project after the lifeboat station was identified as a key location within the area. Based on Llandudno’s north shore beach it is a popular spot for beachgoers, kayakers, walkers, anglers, and swimmers. The building is also located next to a popular children’s paddling pool. The lifeboat station itself has also become a magnet for visitors since it was completed in August 2017.

Alun Pari Huws, co-ordinator of the scheme and a Deputy Launching Authority with Llandudno RNLI, said:

‘I am delighted that the RNLI has been supportive of this community project which has been a great team effort involving Llandudno Lions, NW Ambulance Trust, RNLI colleagues and support from Graham Woodyat, local firefighter and shop worker. Thanks also to Martin Fagan at the Community Heartbeat Trust, equipment suppliers, for his assistance.’

‘Particular thanks are due to The Gwynt-y-Môr Community Fund, Craig-y-Don Co-Op, the patrons of the Cross Keys public house in Penrhynside, CCTV Services Ltd and three private individuals who have funded the project.’